IT jobs: Matching candidates with employers, the innovative way 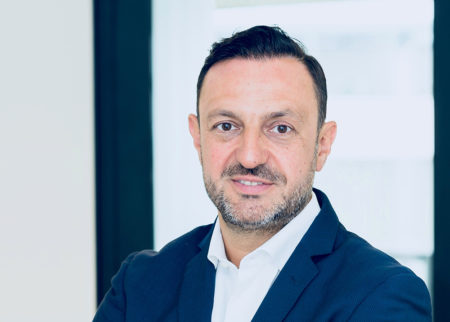 On today’s market for IT jobs, the demand clearly exceeds the offer. “There are currently around 3 million open IT-related job offers in Europe that are not filled due to the lack of qualified candidates,” says Eric Busch, CEO and founder of Nexten.io. “In Luxembourg, the number is around 1,200. This shortage of staff slows down our development as a digital nation.” Convinced of the potential to facilitate the recruitment process for both candidates and employers, he created Nexten.io in March 2018 with the two-fold ambition of offering an innovative recruitment platform and bringing new tech talent to Luxembourg.

Nexten.io focuses exclusively on IT specialists and in particular on those with expertise in software development, security, data science and artificial intelligence. “We position ourselves as an alternative to job portals and social networks, but also to recruitment agencies and headhunters,” Mr Busch explains. Unlike more traditional job portals, Nexten.io starts with a selective pre-screening stage that includes both HR interviews and technical skills assessments to make sure that candidates meet its criteria. “Only about 15% of interested candidates are accepted to our platform. We aim for high quality.”

Tech people are so sought after today. If we want to catch their interest, we need to stand out in the way we proceed.

Targeting the best, the start-up also wants to make sure that the recruitment process stands out as attractive for job candidates. “Tech people are so sought after today that good developers who want to change jobs usually have ten offers within a month. If we want to catch their interest, we need to stand out in the way we proceed,” says Mr Busch. Nexten.io does this by ensuring that a technical interview with a technology specialist working for the employer takes place at a very early stage of the recruitment process. “We believe that candidates should be able to connect with their peers, who speak the same language and have an in-depth understanding of what the job is about, when choosing between job opportunities. The more traditional interview with the human resources department can follow as a next step.”

Bringing skilled people from all over Europe to Luxembourg is one of Nexten.io’s main objectives. “Our research shows that everywhere across Europe, companies are finding it difficult to hire good tech staff,” Mr Busch points out. “In cities with a lot of activity, such as Amsterdam, Berlin or Munich, the problem is even bigger.”

With so many young people moving here from all over the world, Luxembourg is the most international country in Europe.

So far, the company has been successful in its aim. “During the first half of 2019, we helped over 40 candidates find new jobs in start-ups as well as in large companies with major digital transformation projects. Over half of them moved from abroad for the job,” says Mr Busch. This means that the company also has to sell Luxembourg to candidates. “Most of the people we speak to know next to nothing about Luxembourg, so we have to present the country and its advantages: the excellent quality of life, the stability and security that you have here, the affordable public transport that will soon become completely free of charge, and so on. With so many young people moving here from all over the world, Luxembourg is the most international country in Europe, and the nightlife offer has also expanded tremendously.”

Impacting the next generation

A “serial entrepreneur” with the creation of several digital companies under his belt, Mr Busch commends Luxembourg’s efforts to support entrepreneurs. “A number of public initiatives have been launched over the past 10 years to facilitate the creation of new companies, and the government is really pushing to strengthen entrepreneurship and encouraging people to set up their own business.”

However, he is not satisfied with limiting his ambitions to the well-known home market. “In 2020 we will launch a pretty aggressive expansion plan, starting with an office in Brussels to target the Belgian market. The next countries will probably be France and the Netherlands.”

Nexten.io also wants to boost the talent base in Luxembourg. “We want to have an impact on the education system and encourage kids as young as 4-8 years to discover technology. We also hope to help guide teenagers, who are deciding what to study at university, in the direction of software development, software engineering and other technology professions. Another part of our programme is to show girls and women, who are strongly under-represented in IT jobs, the interest of pursuing a career in technology. We need all available talent to succeed,” Mr Busch concludes.