Luxembourg’s new Ambassador to the UAE 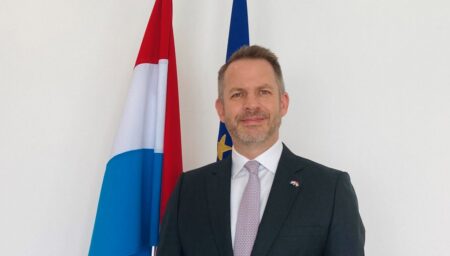 Ambassador Lauer will also be accredited to Kuwait, as a non-resident Ambassador, while being stationed in Abu Dhabi.

He entered Luxembourg’s Foreign Service in 1997. During his diplomatic career, he has worked in Luxembourg’s diplomatic missions in Brussels, Vienna and Thailand where he was Ambassador of Luxembourg to Thailand with accreditation to Indonesia, Laos, Malaysia, Myanmar, Singapore, Vietnam and to the ASEAN Secretariat. He has also held several senior posts at the Ministry of Foreign and European Affairs in Luxembourg, most recently as Luxembourg’s Ambassador for Digital and Security.

Ambassador Lauer holds a B.A. in Politics and International Relations from Lancaster University (UK) and a M.A. in Slavonic and East European Studies from the University of London (UK).

Find more information about the Embassy of Luxembourg in Abu Dhabi.