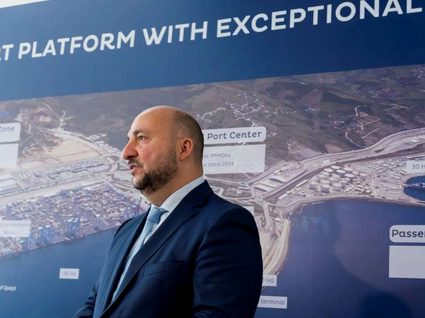 The network of Luxembourg Trade & Investment Offices (LTIOs) is coordinated by the Luxembourg Ministry of the Economy. “The LTIOs contribute to strengthening our country’s role as an international and European crossroads,” said Minister Schneider when announcing the creation of the new node in Casablanca. “The potential for collaboration and mutual exchange between Morocco and Luxembourg shows the importance and interest of setting up a Luxembourg presence in order to support these developments.”

The LTIOs promote business opportunities in Luxembourg to their respective geographic regions and support Luxembourg companies that want to develop their activities abroad. One of their main tasks is to assist companies from their target regions that wish to expand their business to Luxembourg and enter into the European market. They also facilitate trade between their regions and Luxembourg.

The current LTIOs are established in New York, San Francisco, South Korea, Japan, China, Israel, the United Arab Emirates and Taiwan. The office in Morocco will thus be the ninth node of the network. Its establishment is in line with the government’s ambition to enlarge the LTIO network, in particular in high potential markets such as Africa.

The opening of the new LTIO was announced during the economic mission to Morocco, headed by the Hereditary Grand Duke, which took place on 23-26 September 2019. The Luxembourg delegation was composed of around 60 representatives from almost 50 companies active in various sectors, notably ICT, cybersecurity and logistics. The main objective of the mission, which is the follow-up of a preceding mission in 2015, was to strengthen existing economic relations and exchanges and identify new business opportunities. It also included two economic seminars on digitisation and logistics and a workshop on the European framework for research and innovation, organised by the Chamber of Commerce and the Ministry of the Economy. These events offered opportunities for Luxembourg and Moroccan enterprises to exchange, identify opportunities to collaborate and deepen their commercial relationships.