On 19 March 2019, H.E. Etienne Schneider, Deputy Prime Minister and Minister of the Economy, accompanied by a delegation from Luxembourg, took part in the Global Space Congress in Abu Dhabi. The Minister held a keynote speech at the Congress, highlighting the ambitious vision of Luxembourg for the space sector, as well as the thriving relations and the future potential for collaboration between Luxembourg and the UAE. The event opened in the presence of H.H. Sheikh Mohammed bin Rashid Al Maktoum, Vice President and Prime Minister of the UAE, and Ruler of the Emirate of Dubai, with a keynote interview of H.E. Dr. Ahmad bin Abdullah Humaid Belhoul Al Falasi, Minister of State for Higher Education and Advanced Skills and Chairman of the Board of Directors of the UAE Space Agency.

H.E. Etienne Schneider and H.E. Dr. Ahmad Al Falasi also had a bilateral meeting, in which they discussed further cooperation between the UAE and Luxembourg. The participation of the Luxembourg delegation in the Global Space Congress follows on a trajectory of a flourishing relationship after the signature in 2017 of a MoU on Space collaboration between Luxembourg and the UAE. 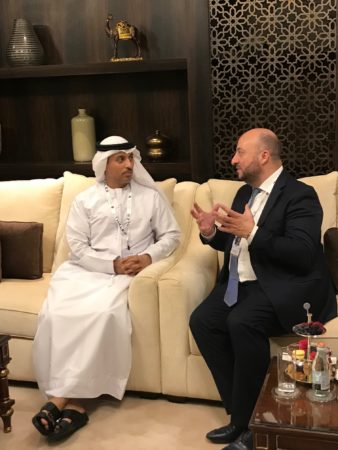 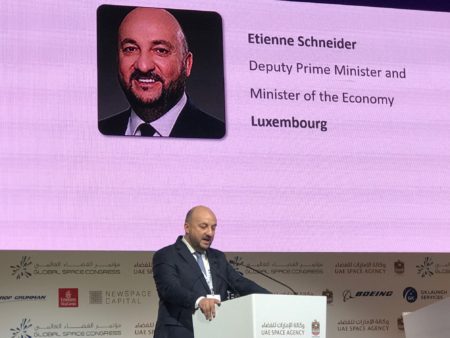