In keeping with the theme for Expo 2020 Dubai – “Connecting minds, Creating the future” – the artistic project for the Luxembourg pavilion will go with the idea of connecting minds – in this case artistic minds – in order to create collaborative works. In association with the Luxembourg Expo 2020 Dubai EIG, the artistic committee responsible for implementing the cultural aspect of the Grand Duchy’s participation has just selected a number of artists on the basis of both their excellence and their ability to adapt to the proposed conditions for collaborative creation. The following artists from seven different artistic fields (visual art, dance, design, film, music, literature, and theatre) were selected for the collective: 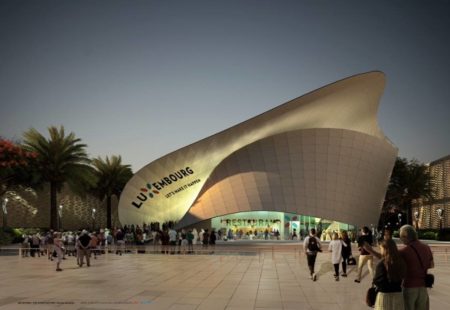 The artists will be required to develop a number of artistic proposals jointly and work together with the architect and the scenographer on ensuring that the cultural and artistic aspect is incorporated in the design of the pavilion’s scenography. In addition to offering space for the artists to experiment in terms of both development and creation, the concept that has been adopted will make it possible to highlight the Grand Duchy’s artistic potential in an innovative and federating fashion.

The artists’ collective will work in the Grand Duchy and Dubai, in research and creation residences. The artists’ collective will be active from January 2018 to April 2021; it will be coordinated by the National Cultural Fund (Fonds culturel national, FCN). An initial description of the works to be produced will be presented to the artistic committee and to the Luxembourg Expo 2020 Dubai EIG at the end of the first half of 2018.

The members of the artistic committee, chaired by Maggy Nagel, Commissioner-General of the Luxembourg pavilion at Expo 2020 Dubai, are:

(Source: Press release from the Ministry of the Economy / EIG Luxembourg Expo 2020 Dubai)

Read article in FR from the Ministry of the Economy