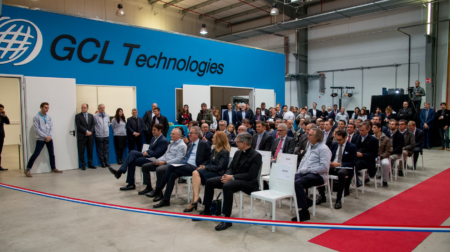 Guala Closures is a success story for Luxembourg. Its new technological research centre opened recently, coupled with the company’s open innovation attitude, could prove quite significant for Luxembourg.

Based in Foetz’s Technoport, GCL Technologies, the name given to the R&D centre, aims at the selection, development and assessment of the most innovative technologies with the goal of making them available within the Guala Closures Group factories; however what is significant for Luxembourg is that GCL technologies is also open to cooperation with industrial players that share similar technological needs/goals.

The centre focuses on latest generation technologies, which can be applied to the production of closures as well as many other applications:

At the inauguration event in October 2017, Marco Giovannini, Chairman and CEO, addressed the crowd saying, “We are building an effective R&D team characterised by complementary individual skills that is capable of effective industrial problem solving, ready to facilitate the best mutually beneficial and easy cooperation with the big R&D GCL Group teams while targeting the most open and trustful cooperation with external technology solutions providers.”

In his opening address, Mr Giovannini was quite generous with his thanks, saying that: “The new centre was made possible thanks to the active intervention of some of Luxembourg’s institutions, most notably Deputy Prime Minister and Minister of the Economy Etienne Schneider and his collaborators Mario Grotz, Marco Walentiny and Joel Loehr.” The Guala CEO then continued by saying, “I still remember when I originally spoke to them about research and development that centred on wine caps. This concept was viewed a little suspiciously at first but enthusiasm quickly improved when people discovered that a potential solution using this technology could improve the quality assurance of Moselle wines.”

Of particular interest are the first two R&D projects launched already in Luxembourg, Flex Cap and Smart Cap. Flex Cap is a closure that is about magneto forming and flexible automation, while Smart Cap moves into the area of NFC, which is a form of contactless communication between devices like smartphones or tablets. Applied to the closure of spirits and wines, the IoT (Internet of Things) proof of concept will be conducted in Luxembourg by GCL Technologies.

The foreign direct investment of GCL Technologies was greatly facilitated by sector and funding experts from Luxinnovation, who helped Guala Closures transform its Luxembourg-based holding company into an active R&D centre. Luxinnovation also helped Guala Closures to find partners, to meet professors at the University and to conclude a contract with the institution. In addition, the organisation provided support in getting research and development funding from the Ministry of the Economy and is currently helping in the networking and promotion of such services as 3D manufacturing to sell services to Luxembourg companies.